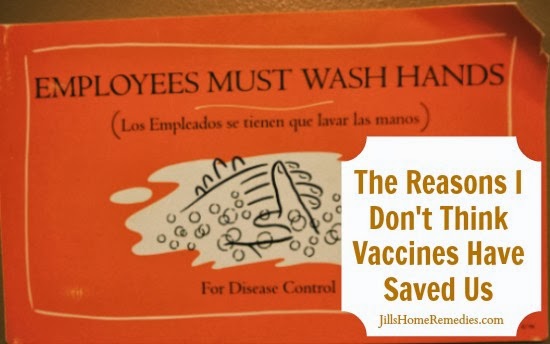 Dr. Inaz Semmelweis was a Hungarian physician in the 1800’s.  In 1847, he was an assistant in the maternity clinic at the Vienna General Hospital in Austria.  While employed there, Dr. Semmelweis discovered that the doctors’ wards had a mortality rate that was 3 times higher than the mortality rate of the midwives’ ward. {I’d be stickin’ with the midwives, ya know? ;)}  These mothers were dying of puerperal fever, which is often fatal.  Dr. Semmelweis discovered that the doctors were performing autopsies in the basement of this hospital, and then immediately going up to deliver babies in the maternity clinic without washing their hands.

Dr. Semmelweis made a connection between the autopsies and the high rate of mothers dying.  After sharing his findings with his colleagues, he encouraged the other doctors to wash their hands after autopsies.  This simple hand washing practice immediately brought the cases of fatal puerperal fever to less than 1%.  Dr. Semmelweis believed cleanliness would reduce other diseases as well.  His hypothesis was rejected by the medical community, and he was ridiculed and ignored because of his belief.  This indifference by the medical community outraged Dr. Semmelweis and he did not cease to try persuading others to accept his theory.  His colleagues, and even his wife, thought he had lost his mind for believing in “germs” that cannot be seen with the eyes.

In 1865, Dr. Inaz Semmelweis was committed to an asylum, and died 14 days after.  It is believed that he died from being severely beaten by guards.  {Wikipedia}  What a tragic ending for a man who was spot-on about the spread of disease.

In our day, we cannot imagine how a doctor could think nothing of performing autopsies and delivering babies without washing his hands in the transition.  We are well aware of the importance of sanitizing and sterilizing hands, equipment, surfaces, etc. to stop the spread of illness and disease.

What were the doctors doing in the Vienna General Hospital in Austria when they performed autopsies and then delivered babies without washing their hands?  Spreading disease

How did this spread of disease reduce to below 1%?  Cleanliness

Cleanliness and sanitation {not vaccinations}, my dear friends, is what I believe to be the main reason for reduction in diseases.

There are a few other things besides sanitation that are a possible credit to the reduction of disease:

In the “old days”, chamber buckets were emptied into gutters that ran into the streets, and children thought nothing of playing in these gutters, garbage and slop was tossed into the streets and alleys, unclean drinking water was consumed. {Source}  If you visit countries today where diseases are prevalent, you will find poor living conditions and/or poor nutrition.

What happened to typhoid and tuberculosis?

Vaccinations for typhoid and tuberculosis have never been used widespread in the US, and yet the death rates for these diseases declined just the same.  The only reasonable explanation seems to be good sanitation, nutrition, and better medicine.

Below you will find a few graphs that show the decline in disease before vaccinations.  These graphs are used with permission by Dissolving Illusions.


This graph shows that tuberculosis and typhoid declined when the other diseases did.
{Statistics from the US} 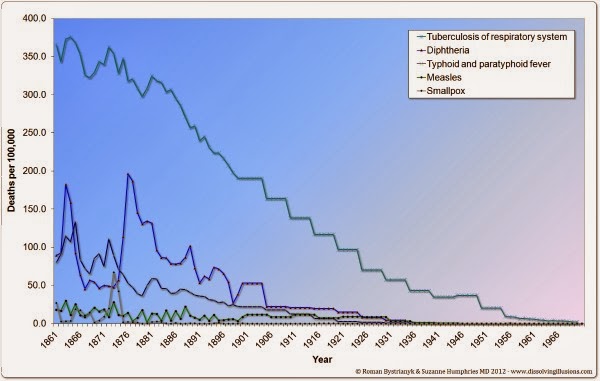 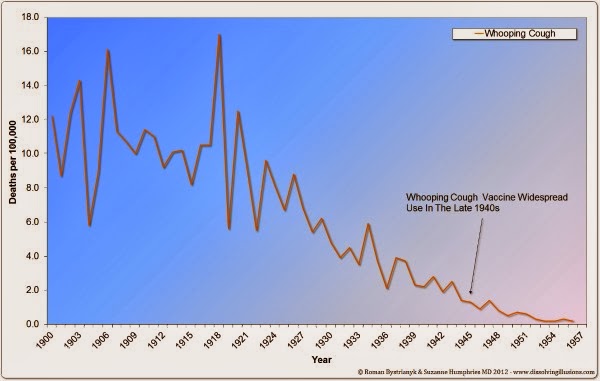 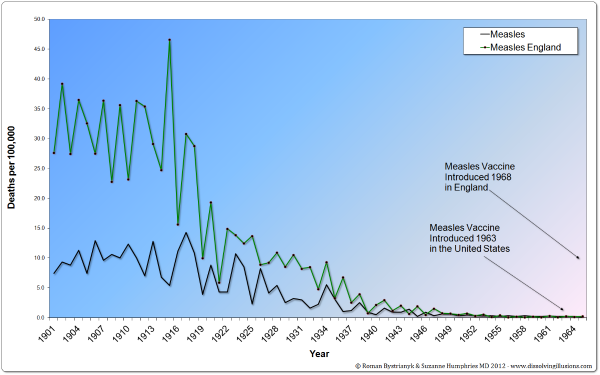 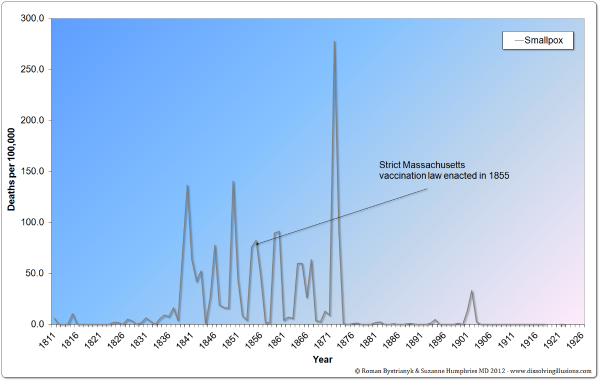 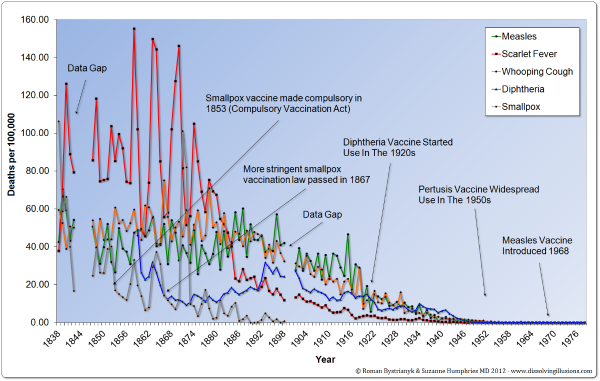