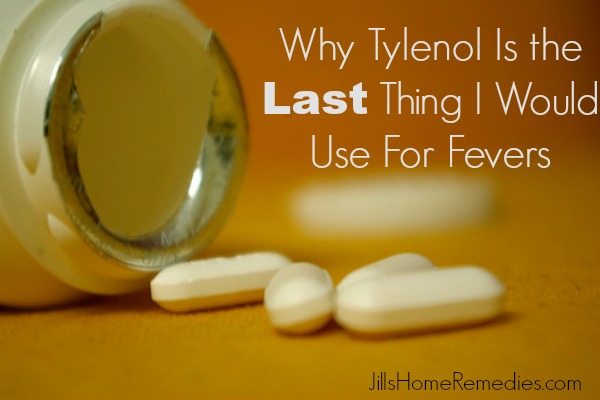 Tylenol is a brand-name of the drug acetaminophen.  I’m referring to this specific name because the marketing technique has been very successful in making the word “Tylenol” a common household word.  Even if someone carries around a generic brand of this drug, we still ask for a “Tylenol”, don’t we?  I guess it’s easier to say than, “Do you have any acetaminophen on you?” 😉

From infants to adults, this drug is considered a safe option when used in recommended doses.  Parents all over the country readily give their children Tylenol for fevers and achiness.  I used to be right there along with the rest of them, but through research I’ve discovered Tylenol may not be quite as safe as I thought.

An overdose of acetaminophen is responsible as the leading cause of Poison Control Center calls each year with more than 100,000 calls.  The majority of overdosing is accidental. It also causes 56,000 emergency room visits, 2,600 hospital stays, and 458 deaths a year.  The deaths are due to liver failure.  {Source}

I wouldn’t say that Tylenol is exactly the safest over-the-counter drug on the market as is commonly believed.  In 2013, warning labels of liver damage were added to Extra Strength Tylenol bottles.  In some people, taking slightly over the recommended dosage can cause acute liver damage and/or failure.  I have witnessed many people over the years take an extra pill because they said the recommended dose wasn’t enough for them, which is not a safe thing to do.   Normally, the liver filters out acetaminophen and its byproducts, but when it is overloaded, it cannot eliminate these and the liver becomes toxic.

Why Tylenol Is the Last Thing I Would Use For Fevers

Tylenol raises the threshold of the body’s ability to handle pain by inhibiting certain parts of the brain that register pain.  For fevers, this drug blocks the formation and release of a fatty acid that has the ability to regulate temperature.

Last week, I wrote a post on why fevers are good for the immune system and how they help to kill whatever foreign substance is causing the illness.  Fevers are produced to work hard at stopping microbes from multiplying and invading the body.  Fever reducers, like Tylenol, literally stop the fever from doing the function it was intended to in fighting an illness, thus many times prolonging the illness and allowing the illness to invade.  Sometimes the illness will come right back when the patient seems better because the microbes were never destroyed, only suppressed. Remember, the fever is not the main cause for concern, but whatever is causing the fever.

Another reason I don’t care for Tylenol for fevers is because any medication taken internally is going to be recognized as a foreign unhealthy substance, which the body has to filter and metabolize and do its best to get rid of.  This is energy that the body could instead be using to get well.  I prefer to use remedies that work with the body and not against it.

If you do feel the need to take Tylenol, or a similar product, be sure to not exceed the recommended dose.  Also, don’t take it with anything that contains alcohol, and don’t take it in addition to taking other products that have acetaminophen.  Many people make these mistakes and they can prove to be fatal.

Common over-the-counter medicines that contain acetaminophen that should not be taken at the same time:

There are many more medications.  Be sure to read a complete list here.

I am not completely against this drug.  Acetaminophen is a wonderful thing when dealing with acute, serious pain during times of surgery or emergencies.  I am so thankful for pain relievers for emergencies, but on a regular basis, or for fevers and illnesses, they are not my go-to medicine.

I’ll be sharing some natural remedies for pain and fevers soon! 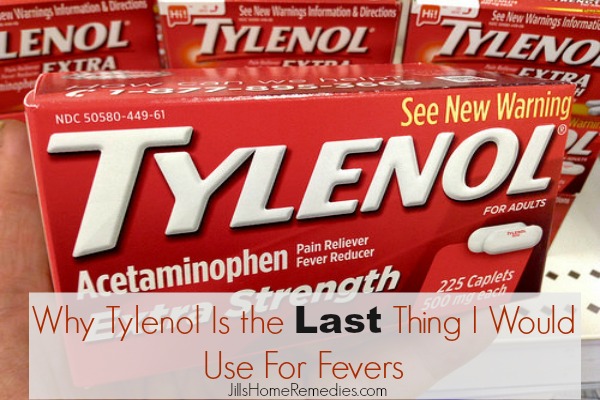 How do you feel about using Tylenol?

Disclaimer: I am not a medical professional.  This post is for educational purposes only and is not intended to diagnose, cure, treat, or prevent disease.